Conference on the future of Europe 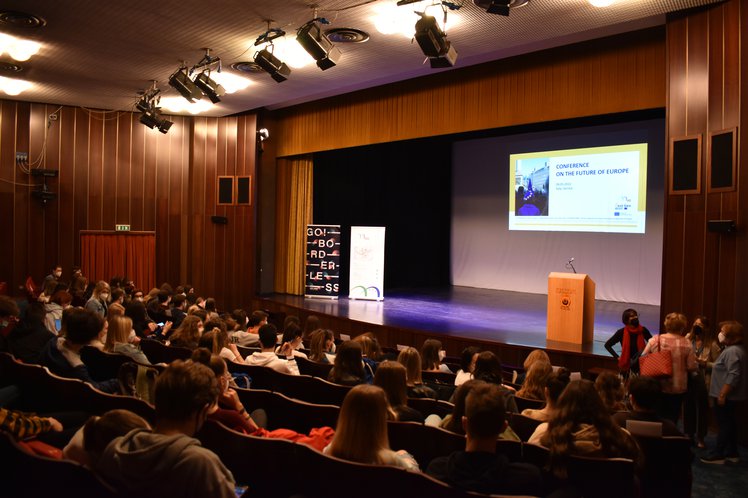 As Nova Gorica and Gorizia will be the European Capital of Culture in 2025, the aim of the project is for students from both cities to learn what Europe means, what CEC is and how they can participate in this important event. In this way, they have the opportunity to get to know their "neighbors" in a cross-border and European spirit.

The first event is entitled "Conference on the future of Europe" and was held from 9 to 12.30 at the Kulturni dom in Gorizia. 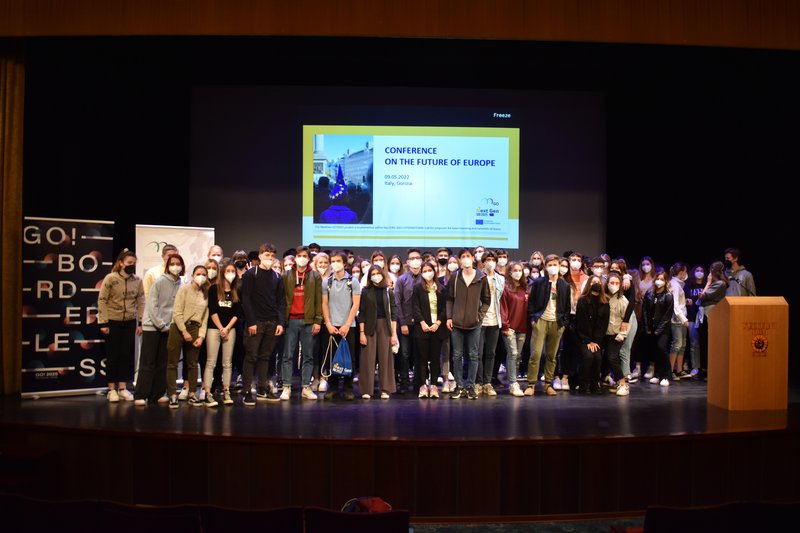 The guests were Nataša Šip, from the Communication, Partnerships and Networks office of the European Commission; Tanja Fajon, of the European Parliament, Sandra Sodini, Director of the International Relations and European Planning Service of the Autonomous Region of Friuli Venezia Giulia, and Kaja Širok, CEO of Zavod GO! 2025.

The conference was set up as an interactive conference, where in addition to guests' speeches, students asked questions and participated in discussions.

Nataša Šip spoke about the European Commission as one of the key institutions of the European Union: its executive body, which, among other things, proposes European laws, once adopted, takes care of their implementation in practice. There are also many concrete and useful things behind this boring sentence, such as the popular Erasmus + program. Ms.  Šip also introduced some of the main tasks for the EU, such as the green transition and the digitalisation of the EU. The voice of the people, including young people, can count in Europe - the unique democratic process of the Conference on the future of Europe in which citizens have played a leading role is just coming to an end. Young people have a special opportunity this year, as we are celebrating the European Year of Youth. She touched some practical aspects of life in the European Union from the point of view of young people, and along the way dispelled another myth about the "monster from Brussels". 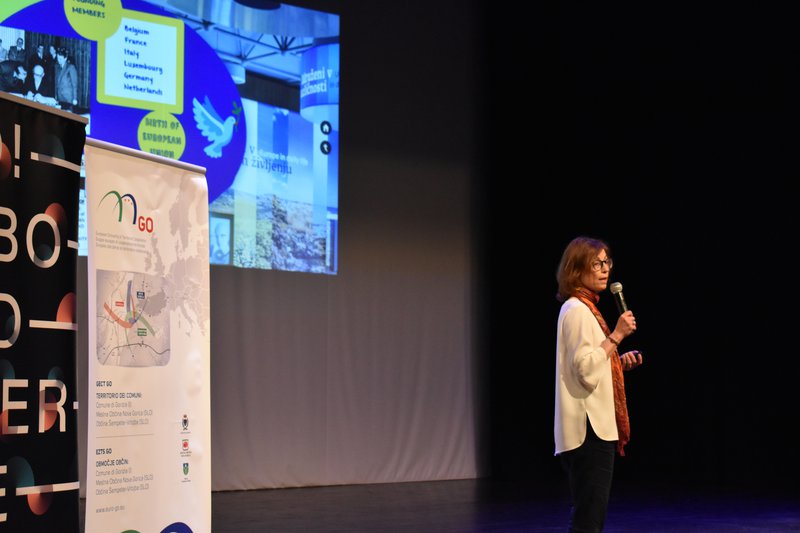 Tanja Fajon, a member of the European Parliament since 2009, presented her work and a typical working day as an MEP to the students. In her speech, she focused on the main roles and achievements of the European Parliament and the influence it has in our everyday life. She displayed the main dossiers in the current mandate and the influence of the citizens on EP decision-making process. She concluded her presentation by highlighting the importance of elections. The participating students were interested in employment opportunities for young people. 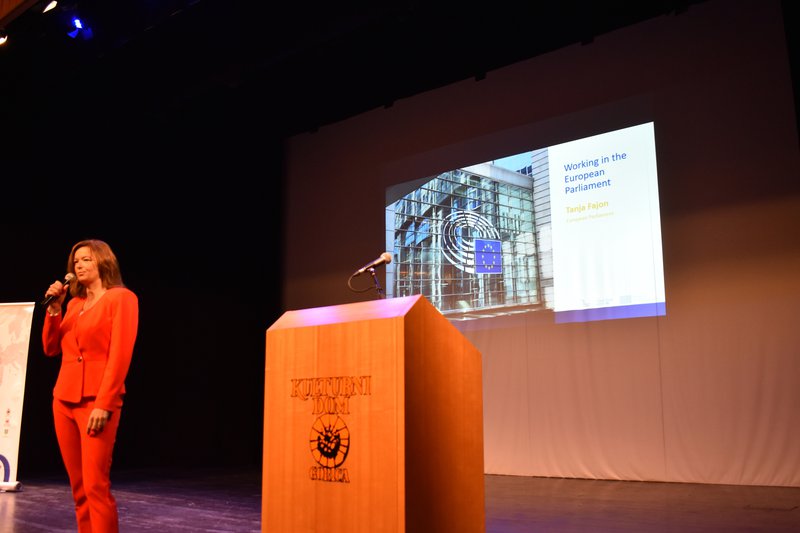 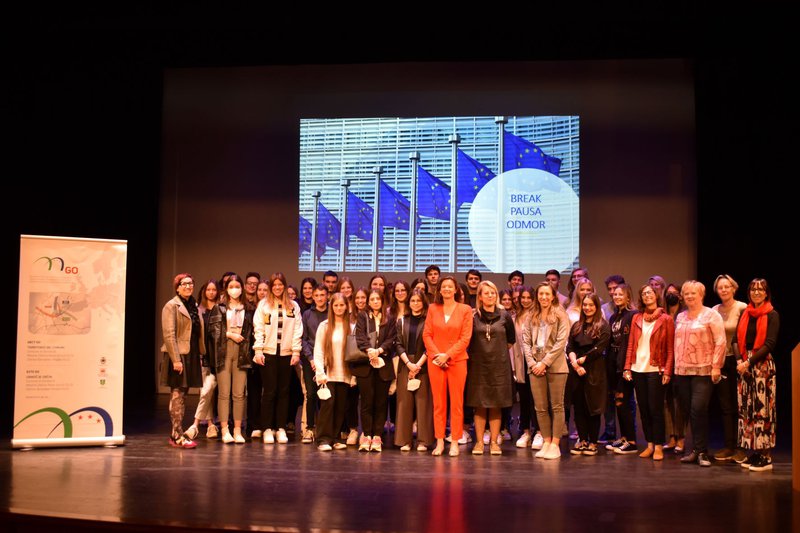 In her speech, Sandra Sodini, currently director of the International Relations and European Planning Service of the Autonomous Region of Friuli Venezia Giulia, to explained the development of territorial cooperation in our territory. She explored the various instruments of European and cross-border cooperation present in our territory and talked about her many years of experience in the field. Furthermore, as former director of EGTC GO, the organizing body of the NextGen GO! 2025 event, she explained to the students what role the institution has in our territory. 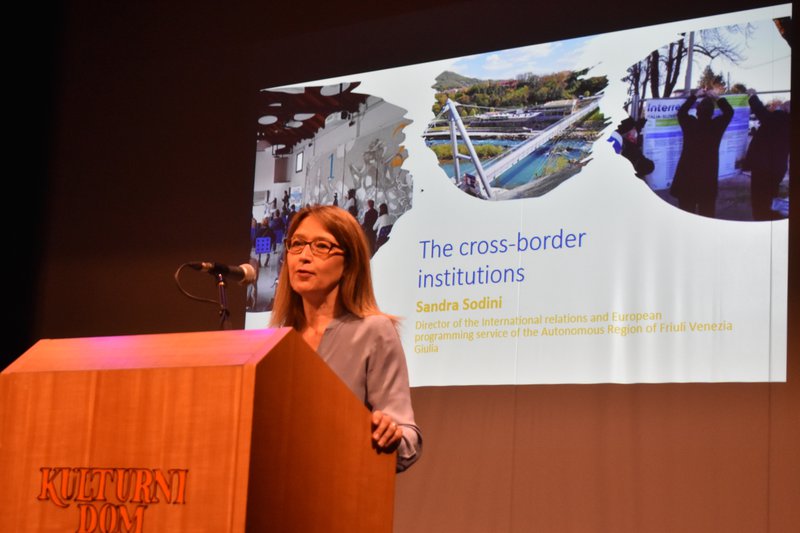 The morning session was wrapped up by Kaja Širok, who laid the foundations for the afternoon workshop and explained the birth of the idea of the candidacy of both Gorizias for the European Capital of Culture 2025. 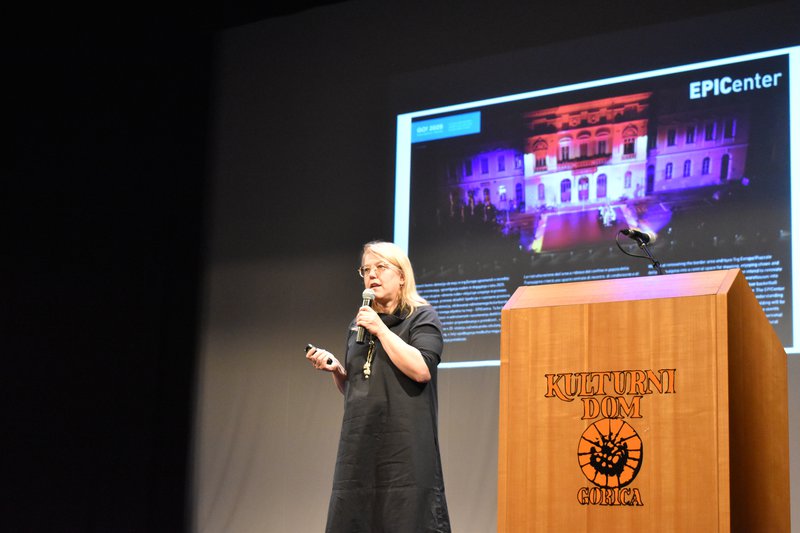