History of the territory and of the EGTC

The region of Gorizia comprises the area between the Soča river and its tributaries Vipacco, Iudrio and Idrijca, and the Collio and Karst regions. The area gained political-administrative unity thanks to the patriarchs of Aquileia and the Counts of Gorizia. From the 11th century onwards it went through several geopolitical changes and only after the extinction of the dynasty of the Counts of Gorizia, it gained its territorial structure that remained unchanged until 1918.

At the beginning of the 15th century, the land of the patriarchs of Aquileia came under the rule of the Venetian Republic. Motivated by the intention to claim the succession rights of the extinct Counts of Gorizia, in 1508 the Venetians started the war against the House of Habsburg. The battles ended only in 1521, when the Habsburgs won and inherited the territories of the Counts of Gorizia.

In 1809 most of the territory of Gorizia was annexed to the Illyrian Provinces, while a minor area was already part of the Napoleonic Empire since 1807. With the demise of Napoleon boundaries were redefined and remained unchanged until the end of World War I.

Although in the mid-eighteenth century the first industrial plants began to settle in the area, the region maintained its predominantly agricultural tradition for a long time. One hundred years later, due to the new rail link and the strategic location by the border, trade flourished until it was interrupted by World War I and the Isonzo Front in May 1915.

After World War II, the area of Gorizia was conquered by partisans. Following the Belgrade and Duino agreements (1945), the area was divided into the A Zone, which was managed by the American and British armies, and the B Zone, which was managed by Yugoslavia. The area of Gorizia became the reason of a political and diplomatic dispute. Following the Paris Peace Treaty (1947), most of the territory was annexed to Yugoslavia, while a smaller part, including Gorizia, was annexed to Italy.

The new border - almost insurmountable in the early years - ran along the edges of the city of Gorizia and separated it from its hinterland which was traditionally connected to the city. In 1948, on the Slovenian side a new city was built. It was called Nova Gorica. Following the Udine Agreement (1955), signed by Italy and Yugoslavia, a new border was created. In the following Iron Period years it regulated trade across the borders for those, who hold a specific permit and the farmers, whose lands were crossed by the boundary line. Following the Treaty of Osimo (1975), the land and sea borders between the two countries were finally settled, while the agreements for economic promotion and cooperation gave impetus and contributed to the improvement of the living conditions of the population along the border.

In that period, the border area was extremely important for both countries, since it fostered mutual development (trade, transportation and shipping, customs, police and army, etc.) Despite the significant differences between the two countries, on both sides many were willing to cross the border, especially those involved in sports and cultural activities. In the following decades the two neighbouring cities and their surroundings developed as two adjacent and connected urban areas.

In 1990, Yugoslavia began to fall apart and, following the proclamation of independence of Slovenia, the Yugoslav army tried to forcefully prevent the creation of an independent Slovenian state. The war lasted ten days and was followed by negotiations and the withdrawal of the Yugoslav army from Slovenia. Over the following years, the Slovenian state adopted democratic standards and gained international recognition. In 2004 it became a member of the EU and in 2007, exactly ten years after Italy, became part of the Schengen area.

Due to these new conditions, great opportunities for joint collaboration and cohesion in the border area arose. Although it was clear that cross-border cooperation should be redefined, the opportunities were not seized. 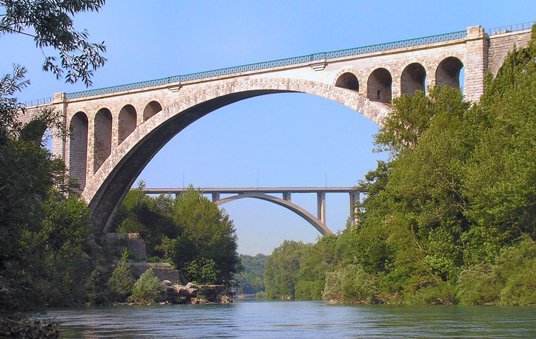 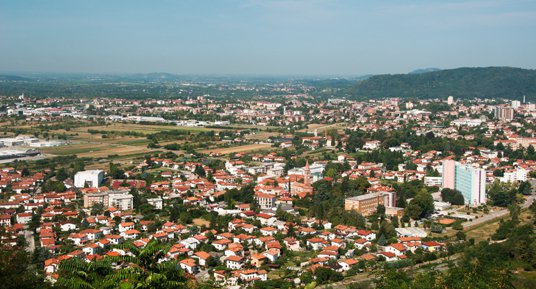 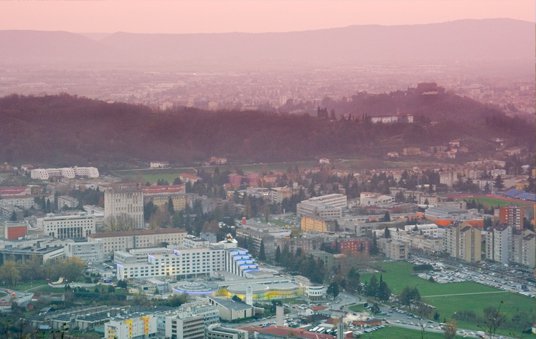 Nevertheless, the neighbouring provinces felt the need to collaborate and carried out several initiatives such as the establishment of a joint bureau for the coordination of the three municipal administrations. The establishment of the European Grouping of Territorial Cooperation is a qualitative leap compared to the previous forms of collaboration, and is based on the principles of the new European legislation.

The preparatory work for the establishment of the EGTC GO began in late 2009, when the Italian-Slovenian working group began to examine the European legislation and the regulations applied by both states. This initial phase was then followed by the negotiations regarding the location of the main office, the organizational bodies, the operational methods and the drafting of the statute and of the agreement. In early 2010, the municipal councils of the three founding municipalities approved the founding acts. On 19 February 2010, in Gorizia the mayors of the three founding municipalities signed the Convention on the establishment of the EGTC. The Slovenian government approved the establishment of the EGTC in June 2010, the Italian government in May 2011. The Group was registered as a legal entity on 15 September 2011. The first meeting of the Assembly was held on 3 February 2012, and on this occasion Mr Franco Frattini was elected as President and Mr Robert Golob as Vice-president.