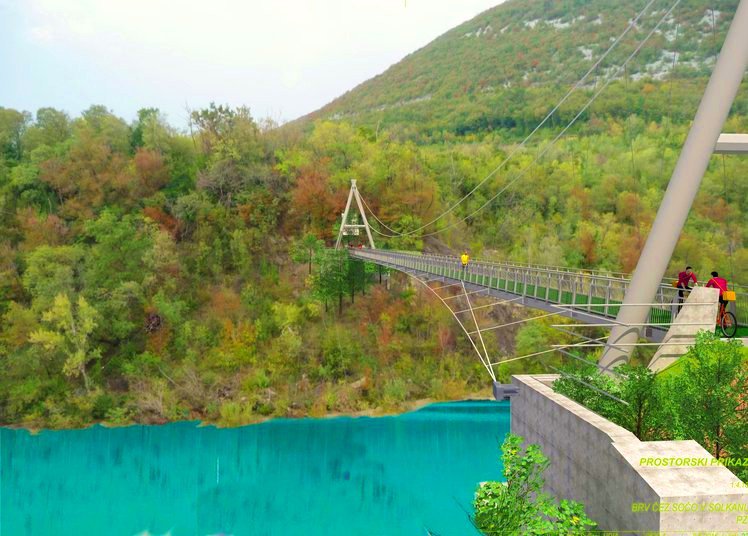 On 17 October, the tender contract between the EGTC GO and the company that will carry out construction work on the cycle and pedestrian walkway on the Isonzo river in Solkan, as part of the European Isonzo-Soča project, funded by the Interreg V-A Italy-Slovenia Program, will be signed.

The signature will be affixed, in the presence of the mayor of Gorizia, Rodolfo Ziberna, the mayor of Nova Gorica, Klemen Miklavič, the mayor of Šempeter-Vrtojba Milan Turk and the president of EGTC GO Matej Arčon, at 09 at the Kajak Center in Solkan (Pot na breg, 9). The cycle-pedestrian walkway, which will connect the two shores of the Isonzo, symbolically represents the overcoming of legal and administrative barriers between states. This is a particularly important moment for the EGTC GO and for the entire cross-border territory. 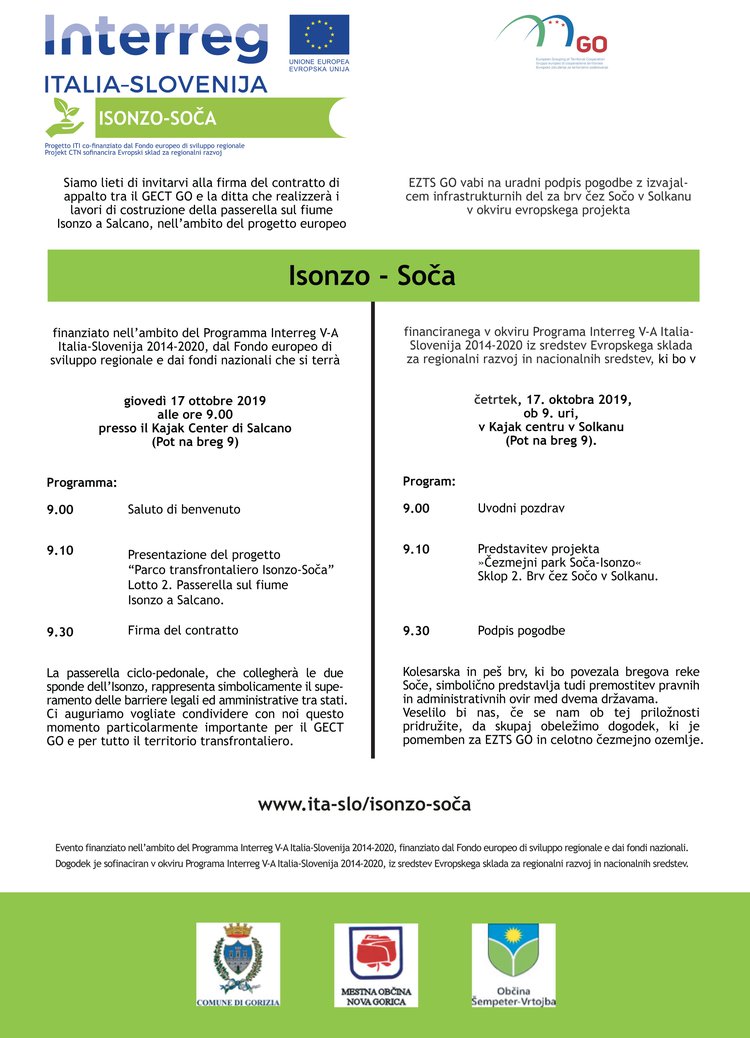