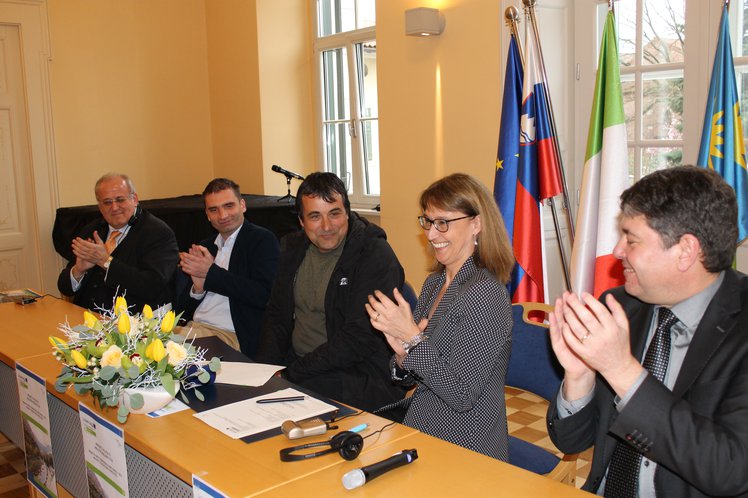 The contract between the EGTC GO and Erik Sever s.p., in partnership with Zoran Batistič s.p., was formally signed on Monday the 18th of March 2019. These are the companies that will carry out the works of Lot 1: "Infrastructural works for the Vrtojba recreational area" of the European Isonzo-Soča project, financed by the Interreg VA Italy-Slovenia 2014-2020 program. This is the first contract result of the complex procedure which saw, for the first time, a subject under Italian law publish a notice in Slovenia applying Slovenian legislation.

The contract was signed in Šempeter-Vrtojba, in the presence of the Assembly and the three first citizens of the founding municipalities of the EGTC GO: Milan Turk, mayor of Šempeter-Vrtojba, Rodolfo Ziberna, mayor of Gorizia, and Klemen Miklavič, mayor of Nova Gorica.

The works in Vrtojba will begin after the signing of the contract and will end by September 2019. They provide for the construction of a parking area for campers with all parking facilities, for an area of ​​approximately 1255 square meters.

The signing of the contract represents a significant moment, because it marks the beginning of the works which by 2021 will lead to the creation, on the territory of the Municipalities of Gorizia, Nova Gorica and Šempeter-Vrtojba, of a network of cycle and pedestrian paths capable of enhancing the cross-border area as a unique tourist destination. The works will be carried out within the Isonzo-Soča project, funded by the Interreg V-A Italy-Slovenia 2014-2020 program for a total amount of € 5,000,000.

The planning stages of the Lot relating to the recreation area of ​​Vrtojba were commissioned by the Municipality of Šempeter-Vrtojba, which plans to make further investments with own funds in the area. 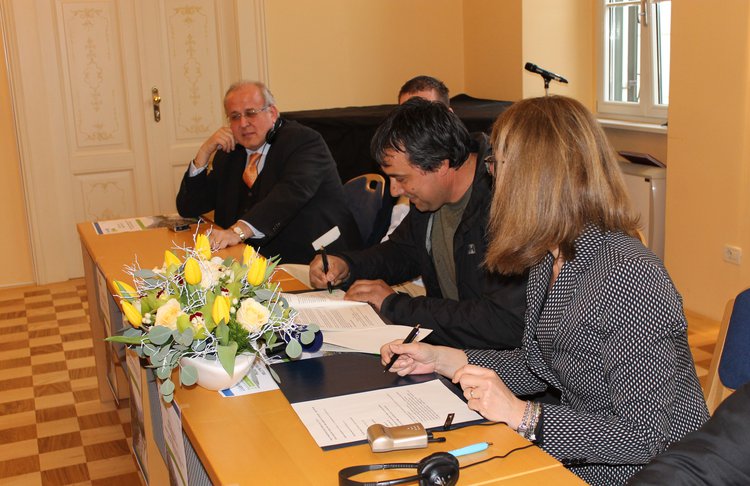 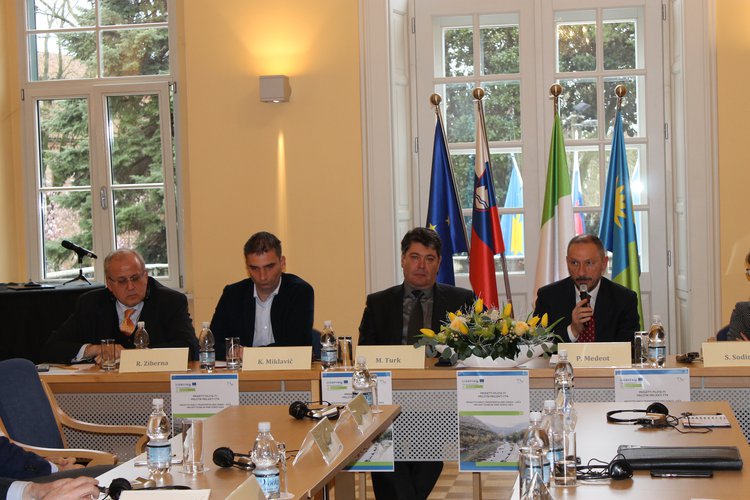