The construction of a footbridge over the Isonzo-Soča river in the Solkan/Salcano recreational park is a very important project, for several aspects.

First of all, it should be stressed that this is one of the largest and most demanding infrastructure investments funded by the EU's Cross-Border Cooperation Program (Interreg). The construction of the cyclebridge is carried out as part of the Isonzo-Soča project, implemented by the European Grouping of Territorial Cooperation EGTC GO and financed by the European Interreg Italy-Slovenia 2014-2020 cross-border cooperation Program.

The suspension bridge, also called walkway, has a span of 120 m, a width of 3 m with a height of the two support pillars of 14.5 m. Two parabolic support ropes (steel cables) are attached to the pylons, which are anchored to both end banks by two-point foundations.

The bridge is made as a steel structure suspended in a span with the width of the bike path. It is suspended above the maximum hydrometric level of 64.40 meters at an altitude of 73.00 above sea level without longitudinal and transverse inclination.

Two parabolic support ropes are routed through two steel “A” pillars which rest on end supports. The supporting ropes are anchored to both end banks by two-point foundations. The steel lintel frame is hung on both sides by hooks, which are hung on a 6m grid on a supporting steel rope. The load-bearing structure is reciprocally wound with a parabolic cable anchored to the terminal struts, and mutually windward (resting on a ¼ span of the support) with four rectilinear cables anchored to the terminal struts. On the supports, the architrave structure is supported by two polymer bearings, of which the right one is longitudinally movable.

In accordance with Eurocode regulations, the expected load on the deck is 280 / m2, which means about 1,000 people on the deck at the same time with uniform load. 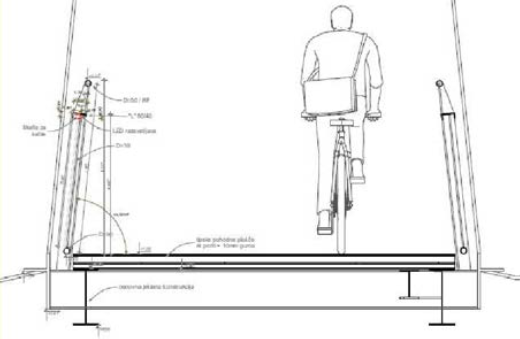 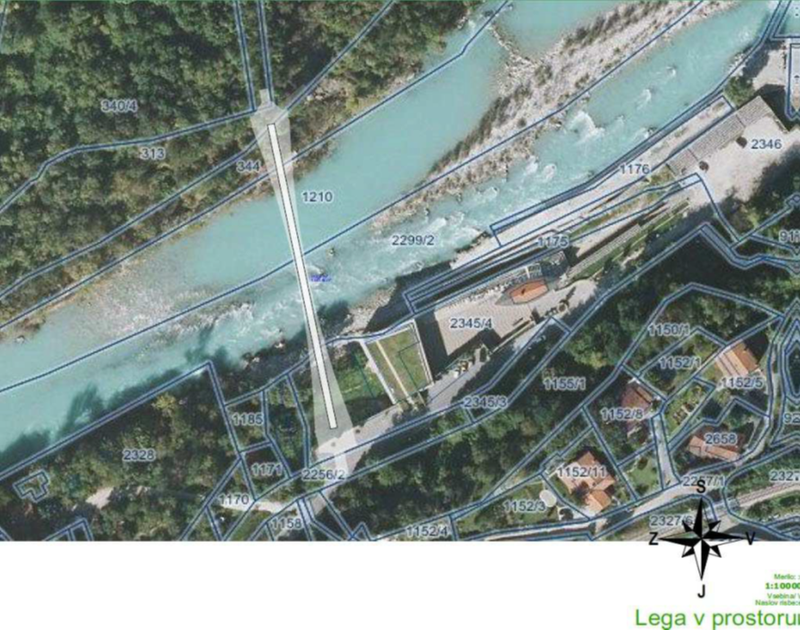 Contract value for the construction of the walkway: € 1.4 million including VAT

Completion of the investment: May 2021