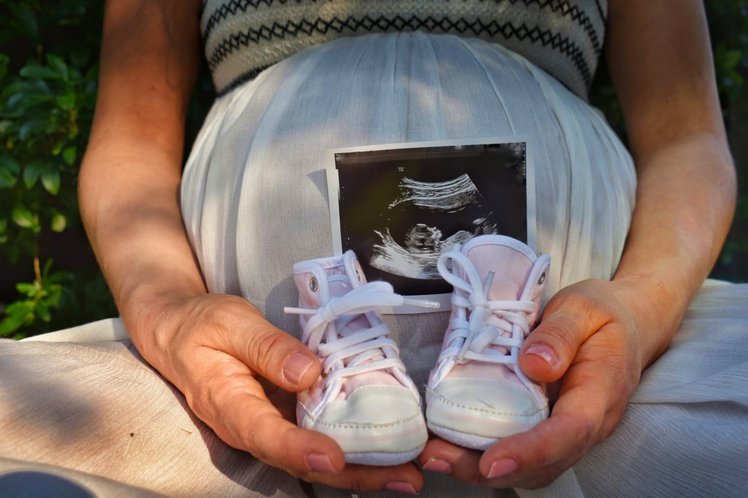 These are services that represent an innovative method of modern midwifery practice based on the best European methodologies.

Within the project, an analysis of the treatment of pregnant women in Slovenia and Italy was performed in order to understand the differences and find synergies.

We formed a working group of Italian and Slovenian midwives and gynecologists, who, taking into account the results of the analysis and existing regulations of both countries, prepared a model of joint treatment of physiological pregnancy, which provides innovative services for pregnant women with physiological pregnancy in three municipalities.

At the beginning of 2019, the working group determined the activities that will be carried out cross-border. As part of the selection of activities, informative materials were prepared to make women aware of the possibility of using cross-border services. Services include:

Exercise for pregnant women in the water

Exercise with babies in the water

Meetings in smaller support groups during the comparable period of pregnancy.

In December 2019, an agreement was signed between the General Hospital “Dr. Franc Derganc ”Nova Gorica and the Health Care Company no. 2 for the Soča region (Azienda per l'Assistenza Sanitaria n. 2 "Bassa Friulana-Isontina") for the implementation of activities in the water provided as part of the services for Physiological Pregnancy.

In December 2019, the cross-border working group launched the first planned service - Meetings in smaller support groups during the comparable period of pregnancy.

During the Covid-19 epidemic, we successfully transferred the activities that make this possible to the Internet, thus enabling pregnant women from the area to continue exercising and meeting in smaller support groups.

Current data show the success of the two services mentioned above, especially meetings in smaller support groups of pregnant women, which allow expectant mothers to meet midwives with whom they give birth later, which allows greater confidence of pregnant women and consequently greater relaxation during childbirth.

A language manual was issued in October 2020, to facilitate the communication of the working group and to understand the differences that are present within the two health systems in the field of physiological pregnancy.

The project also envisages the arrangement of new premises in which the cross-border multidisciplinary group will carry out these activities. A prenatal treatment center will be set up in the Basaglia Park in Gorizia. The final project has been submitted and is being approved. In the premises of the General Hospital "Dr. Franc Derganc" in Šempeter, the premises in the maternity hospital that will be arranged for physiological childbirth have been defined. The conceptual design was prepared, followed by the preparation of a design tender. 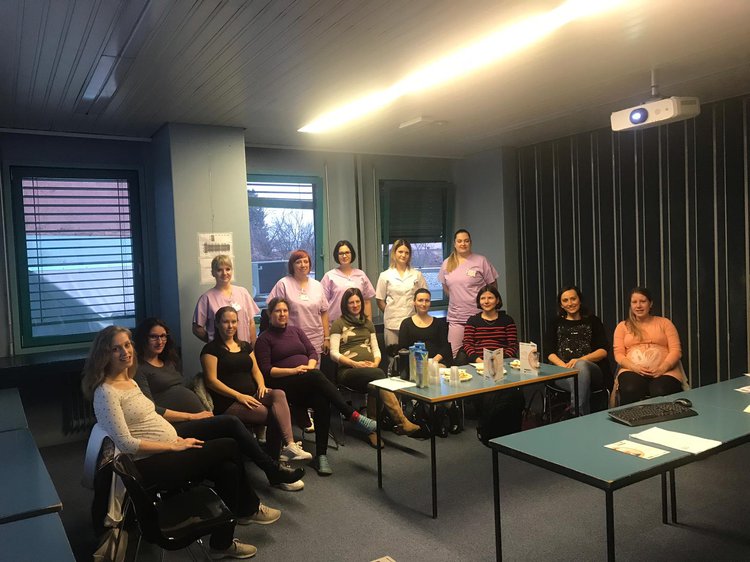 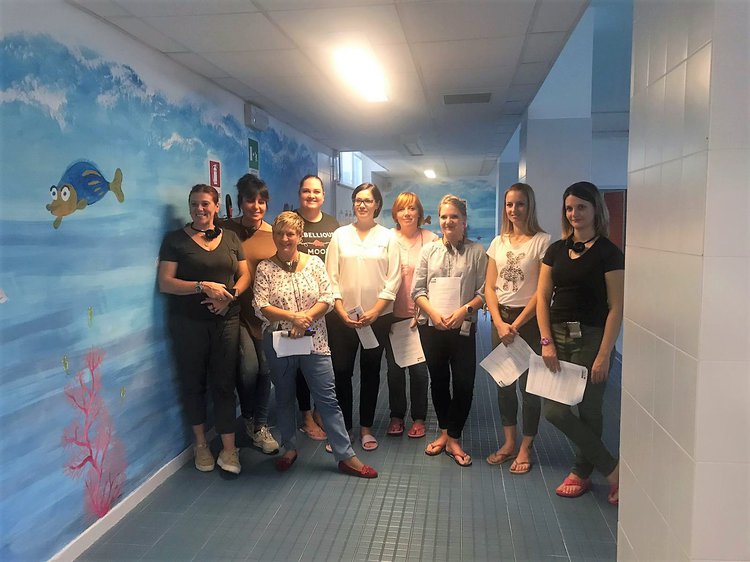 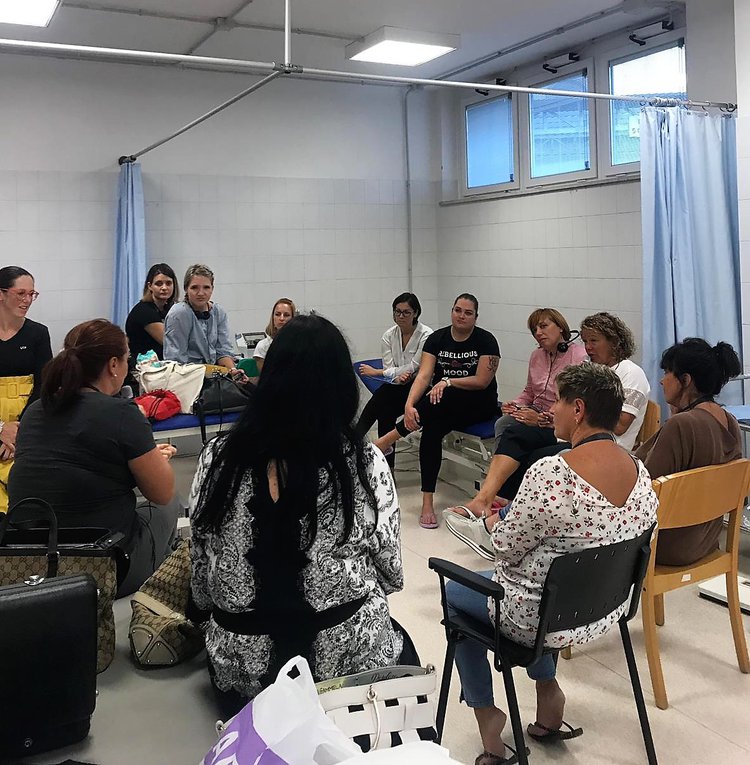 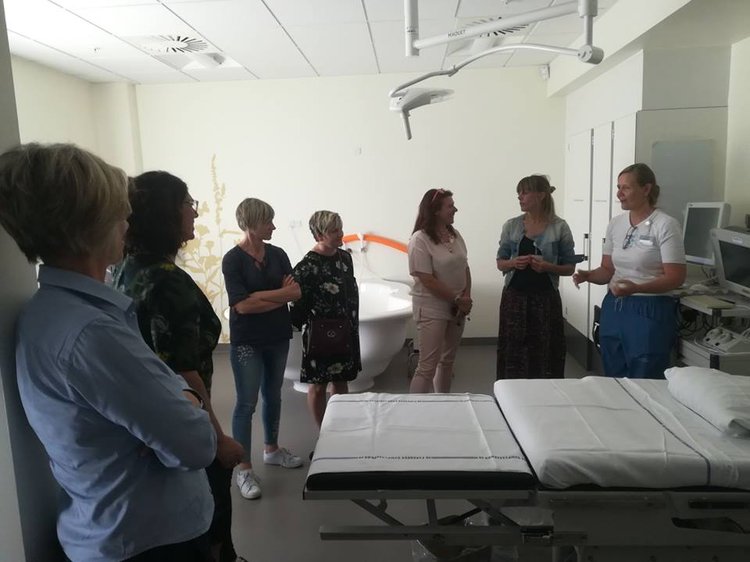 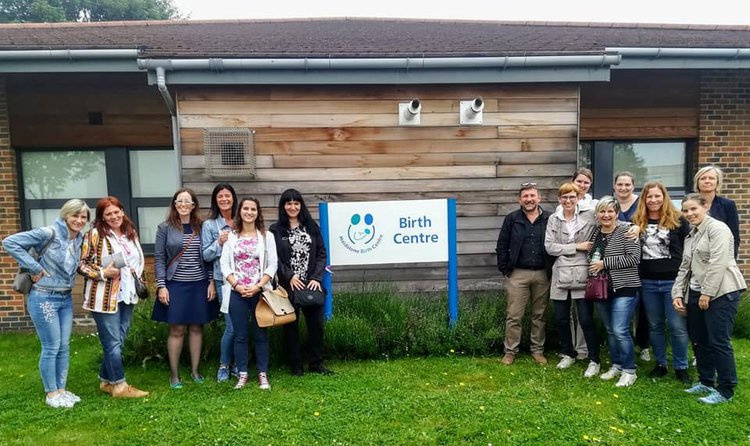 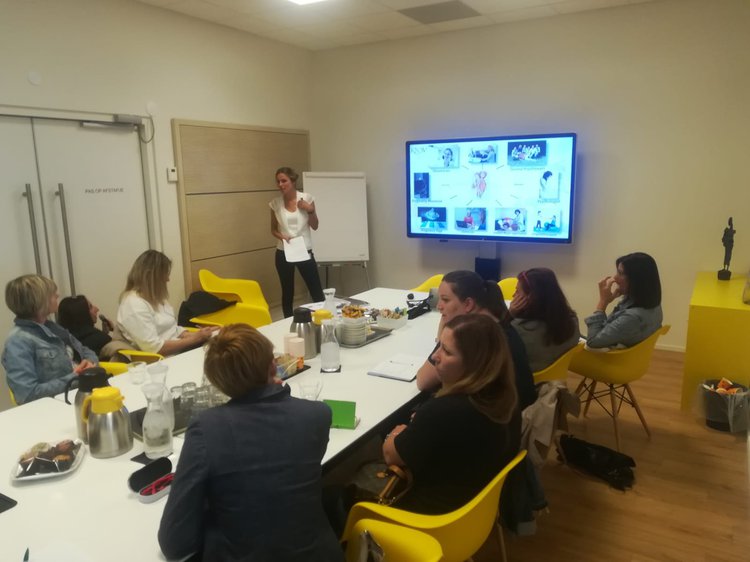 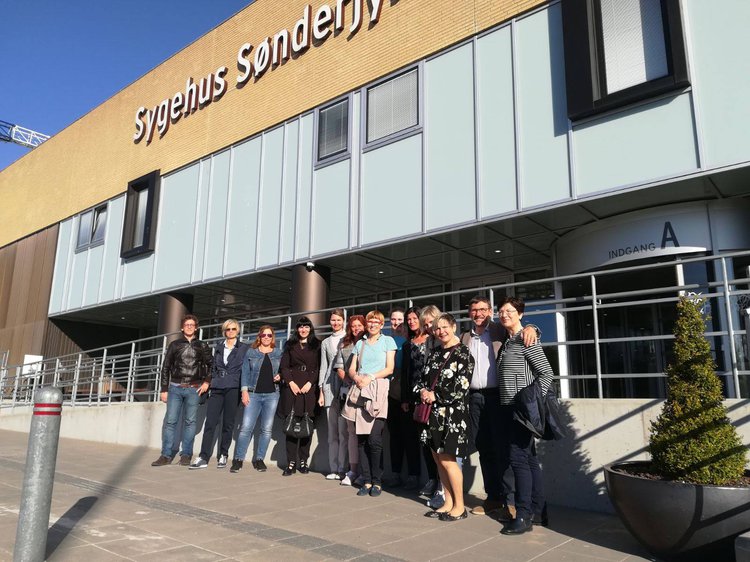