Cyclebridge across the Isonzo-Soča river: installation of two supporting pylons 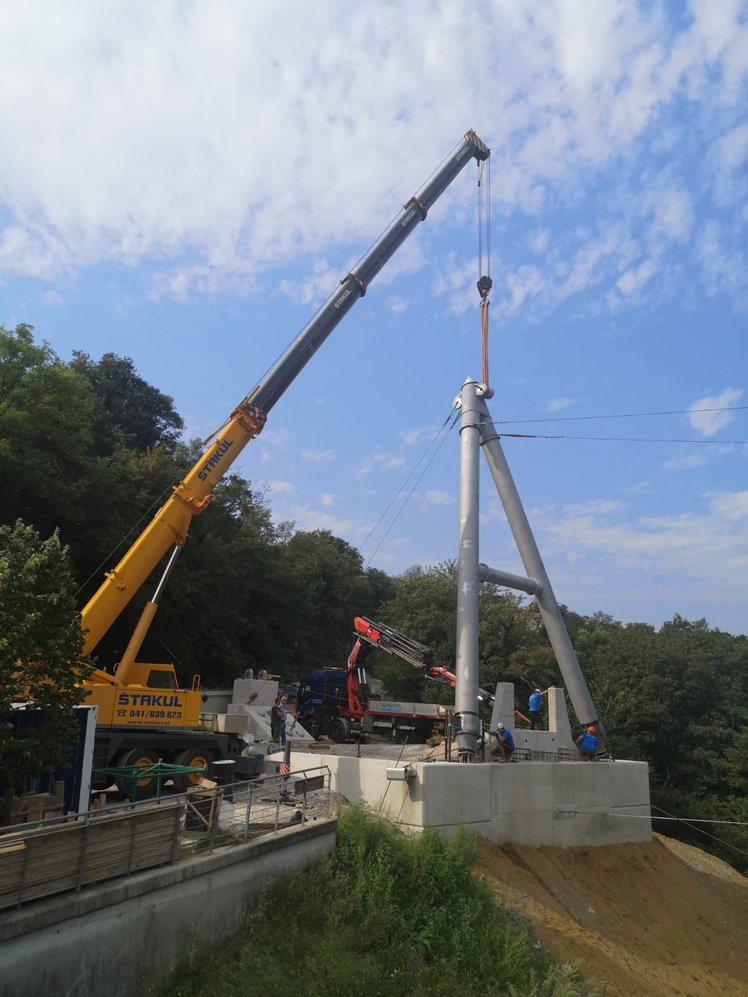 In August we started installing two supporting pylons on both sides of the river, and in September we will start “knitting” the cyclebridge across the river.

The construction site of the new cycle bridge across the river Soča is one of the biggest and most demanding within the project Isonzo-Soča, implemented by the European grouping for territorial cooperation EGTC GO and financed by the European program for cross border cooperation Interreg Italia-Slovenija 2014-2020.
In August an important step in the works has been concluded with the installation of the two supporting pylons on both sides of the river, that will enable to start "knitting" the cyclebridge acroosthe river in September.
With the construction of the cycle bridge across the river Soča in Solkan, it will be possible to cross the river in a section that was before possible only with a kayak. This offers a new angle from which it will be possible to admire the river Soča and the kayak trail, where bigger competitions take place every year.
In addition of the new views of the river, the cycle bridges' main task is to enable the crossing for cyclist and pedestrians, and unite the cycle path Solkan-Plave to the network of cycle paths of Nova Gorica, Gorizia and Šempeter-Vrtojba, which will be realized with the project Isonzo-Soča.


Time laps of the installation of pylons: 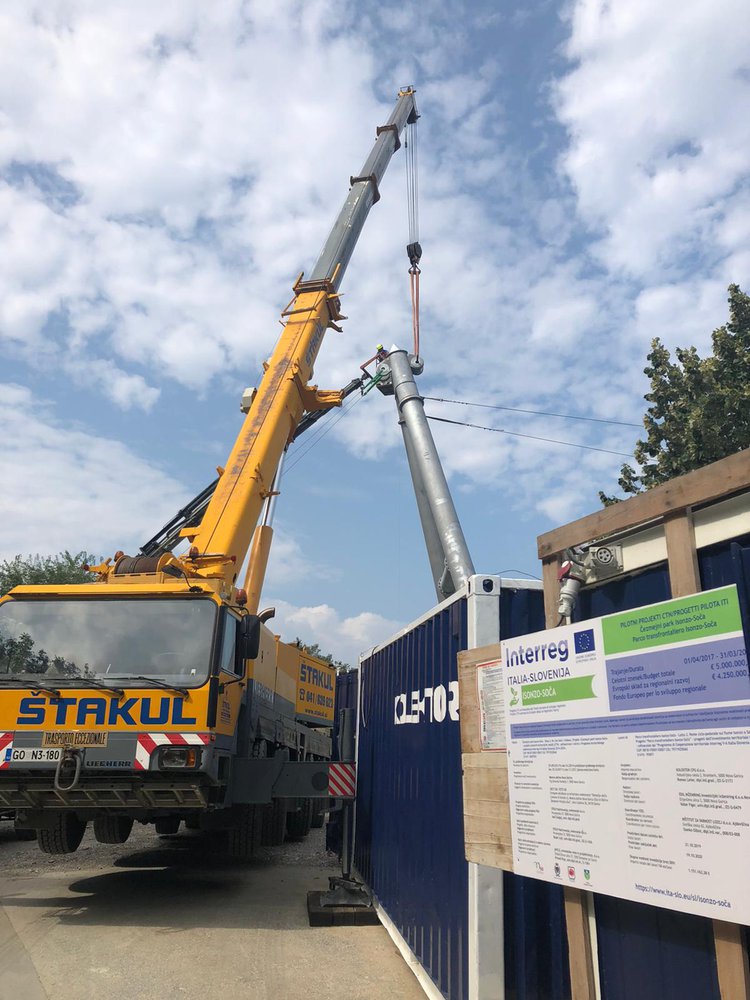 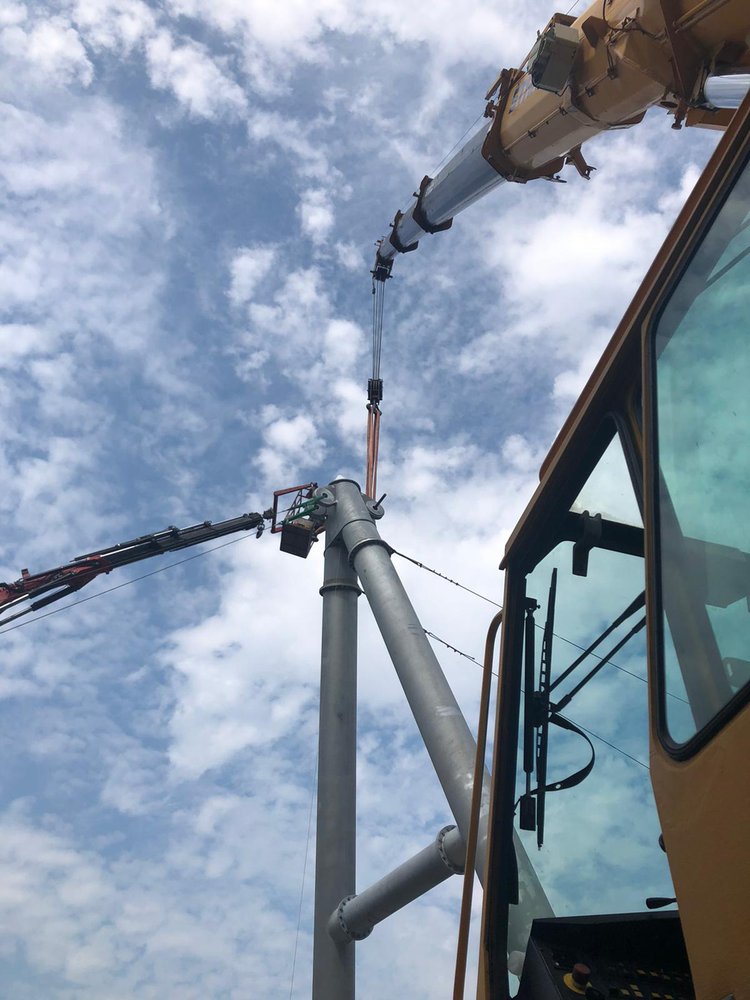 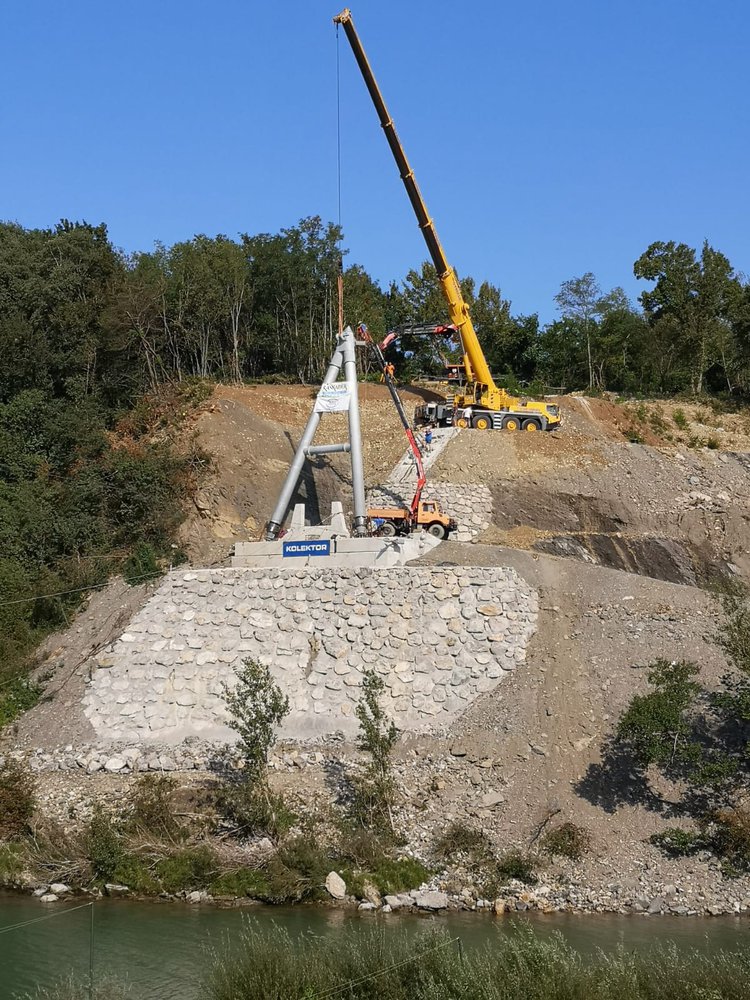 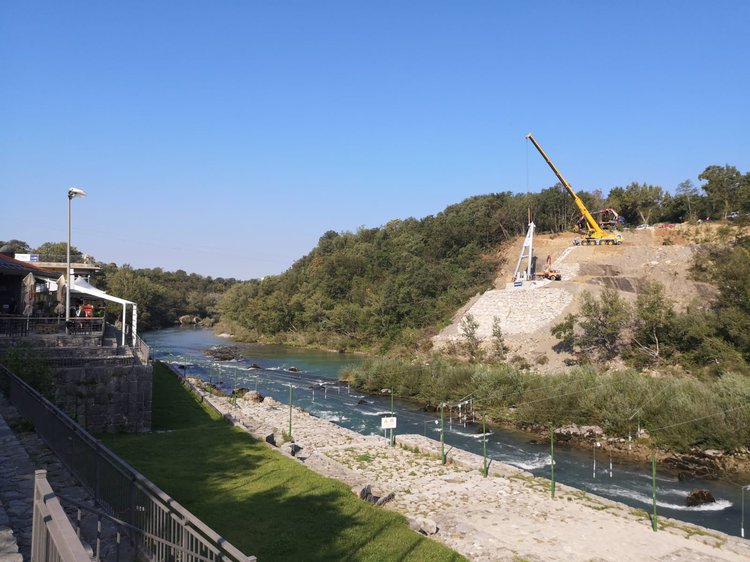