The winners of NextGen GO! 2025 in Brussels 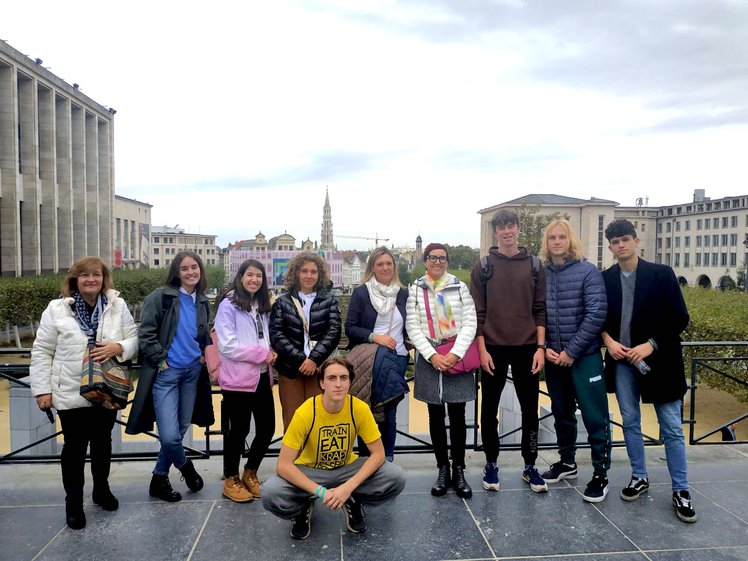 You may remember that in June 2022 we awarded the projects of students from Slovenian and Italian schools (you can refresh your memory here).

In short, it all started on 9 May 2022, when, on Europe Day, the first event of the NextGen GO! 2025 project, funded by the European education and culture executive agency, took place.

At the conference were present: Nataša Šip, from the Communication, Partnerships and Networks office of the European Commission; Tanja Fajon, of the European Parliament, Sandra Sodini, Director of the International Relations and European Planning Service of the Autonomous Region of Friuli Venezia Giulia, and Kaja Širok, the then CEO of Zavod GO! 2025, and they presented Europe and its functioning as well as the application of Nova Gorica - Gorizia European Capital of Culture 2025. The students then used the knowledge they learned about GO! 2025 to create projects in mixed groups of Italian and Slovenian students.

On 9 June we awarded the winning projects at the Auditorium of the Slovenski šolski center in Gorizia. The first two winners were rewarded with a trip to Brussels to discover the European institutions.

The project received the highest score as it was judged by the commission as being completer and more structured. It takes into consideration all citizens, from the youngest to the oldest.

The project was awarded by the commission for the green theme and the redevelopment of the city.

The winners, accompanied by the teachers and the EGTC GO, went in Brussels to discover more closely how the European institutions work.

The students participated with great interest in the programme. On the first day, they visited the European Committee of the Regions, where Dr. Slaven Klobucar presented the main activities of the Committee and described the European instrument of European Groupings of Territorial Cooperation (EGTCs) to the students, complimenting the local EGTC GO for its work. Afterwards, the group had the opportunity to visit the offices and spaces of the institution , getting a close taste of the Committee's work during one of the busiest weeks of the year: the European Week of Regions and Cities, the largest annual event dedicated to cohesion policy.

In the afternoon, the students had the opportunity to visit the House of European History, a museum that introduced the group to the transnational phenomena that have shaped our continent. During the visit, students were able to understand the common experiences of European countries and learn about different interpretations and perspectives on the complex history of Europe.

Before the end of the day, the students met with Dr. Marko Makovec at the European External Action Service (EEAS), where they became familiar with the diplomatic body of the European Union, its work and policies. The students were especially interested in the EU's current international relations with the neighbouring Balkans, Russia, Ukraine, the United States and China.

In addition to institutional visits, the students also had the opportunity to visit the city and its sights. They taste the local food, visit the chocolate museum 'Belgian chocolate village' and other attractions in the city.

Learn more about their visit through the photos. 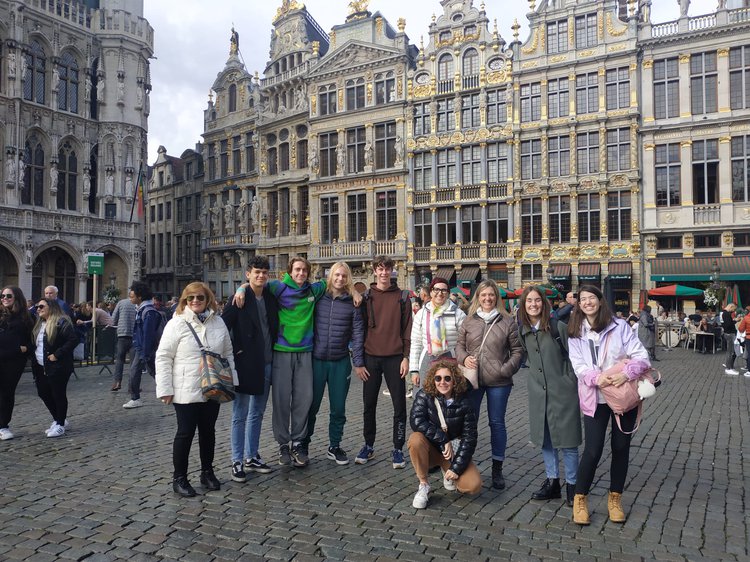 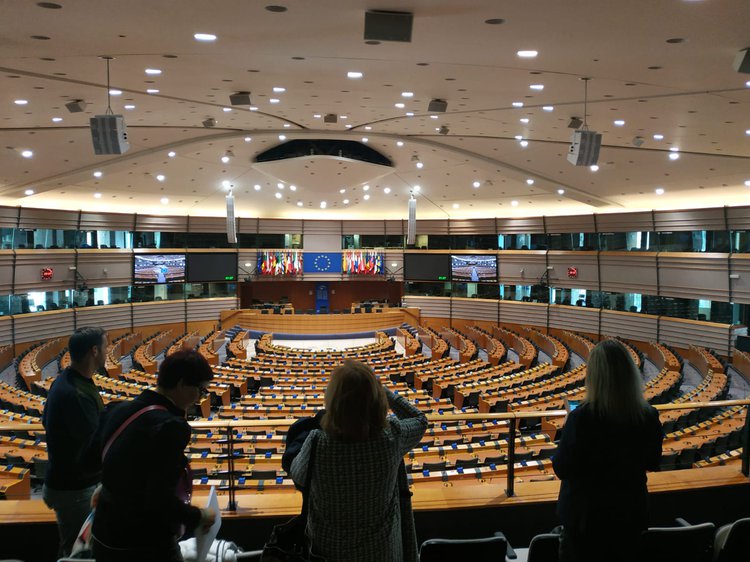 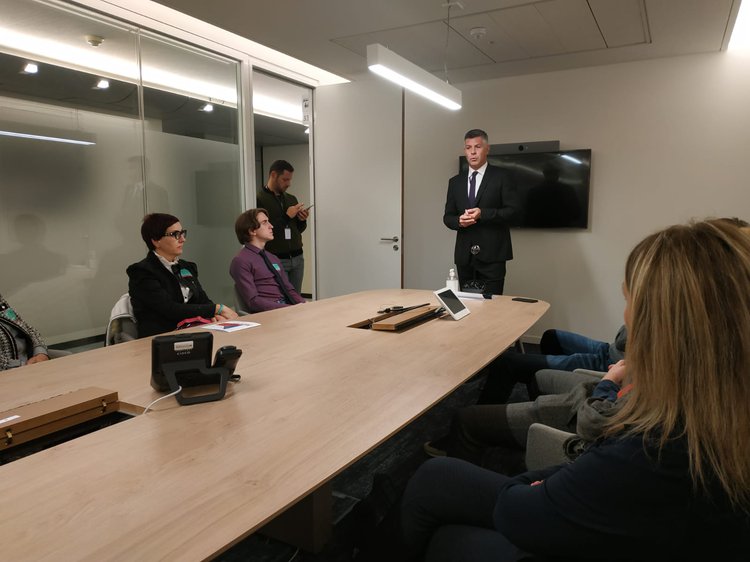 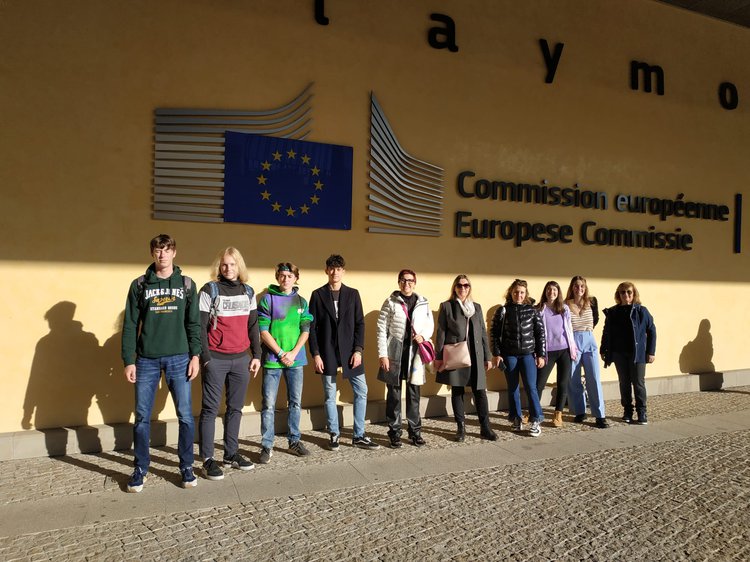 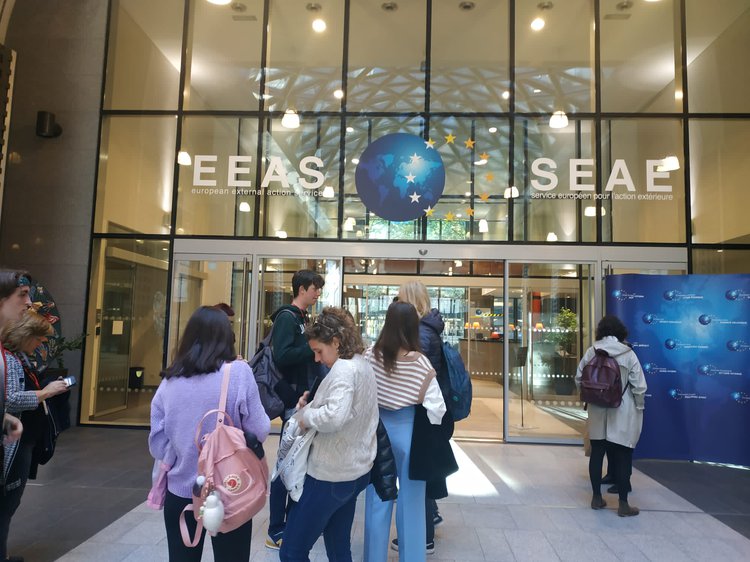