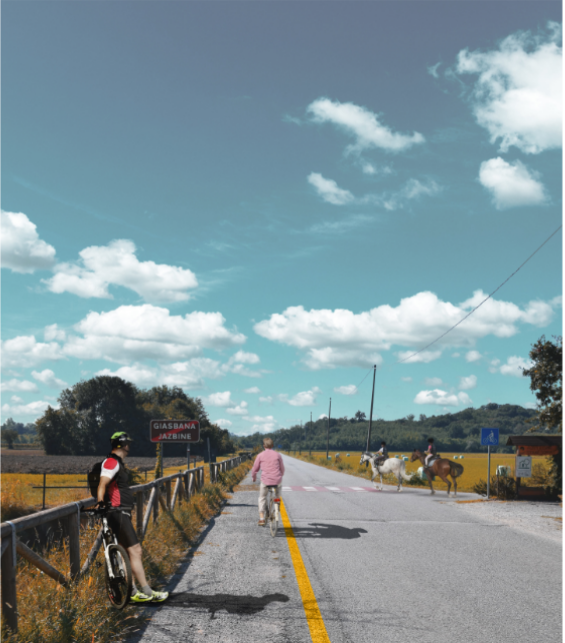 The object of this project concerns the implementation of a series of interventions aimed at improving safety and visibility, in relation to cycling along the road networks of the municipalities of S. Floriano del Collio, Mossa and Gorizia, as well as improving connections with routes outside the national borders, with the aim of connecting the entire Brda area with Gorizia and Nova Gorica.

- the first part goes from the town of Dobrovo to the border with Italy (Vipolže) along the local road,

- the third part runs in Italy from the bridge over the Isonzo river along the city streets of Gorizia to Nova Gorica, where the route is mostly safely separated from car traffic or on low-traffic roads. 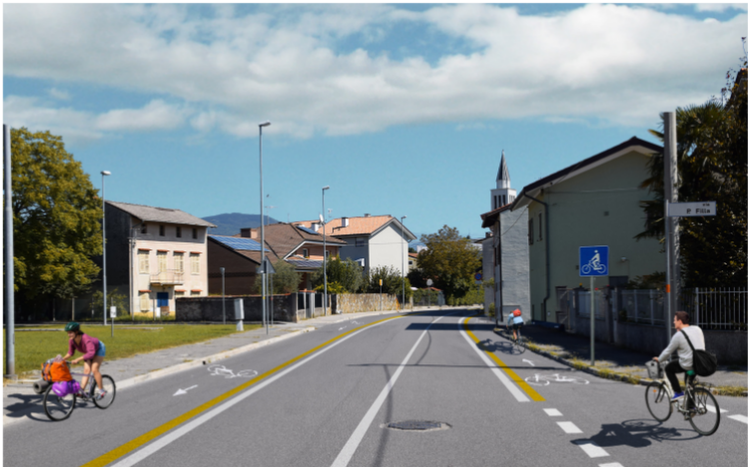 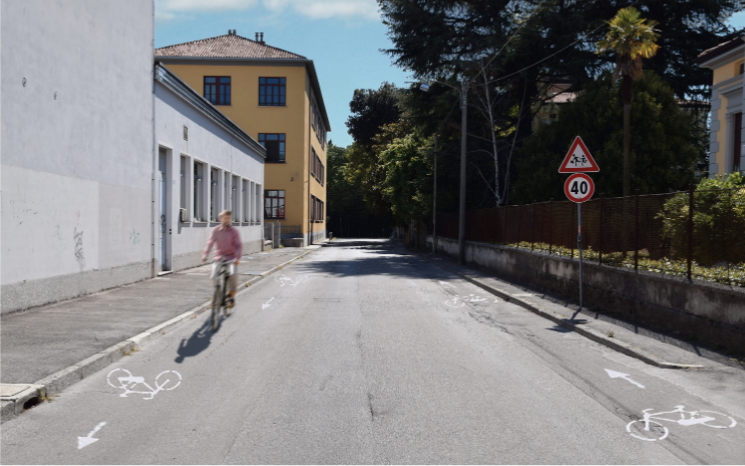 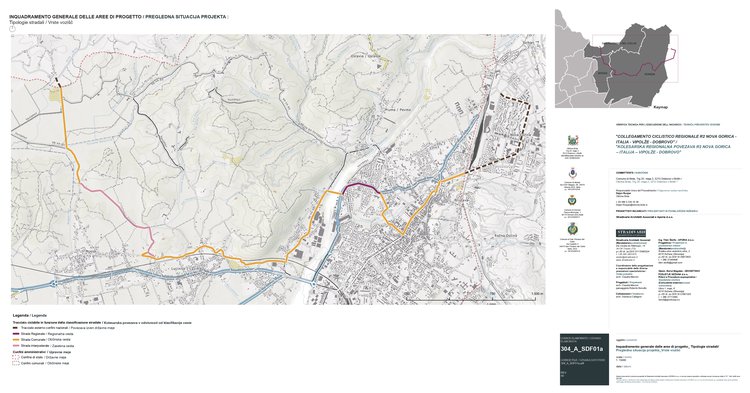