Felling of the elms in via dei Cordaioli 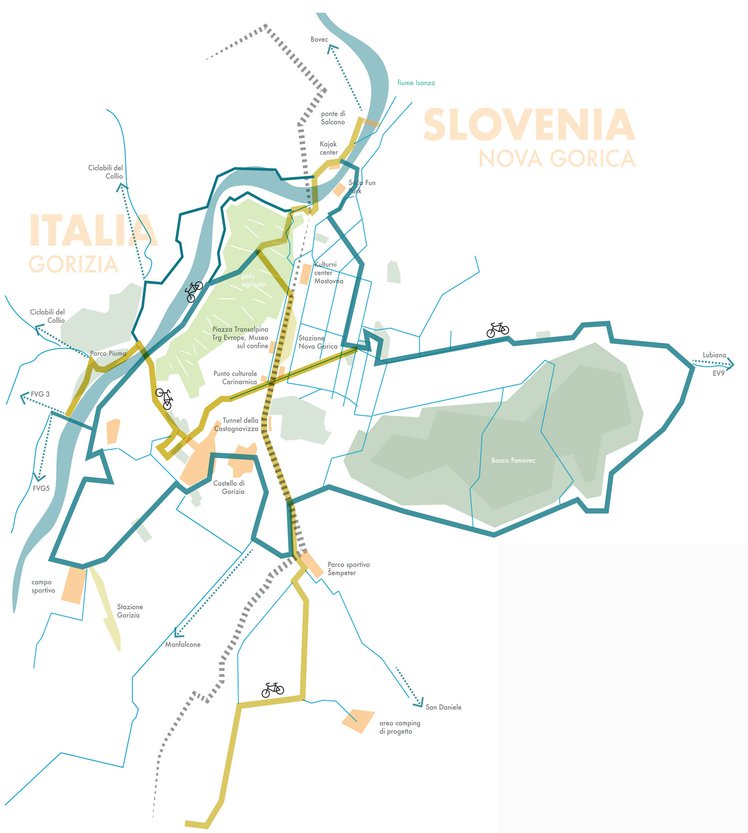 It seems a crazy decision to be taken in a historical moment in which every day we talk about how important it is instead to preserve and enhance trees, about how much they are good for our cities from countless points of view.

But it is not a decision that we took lightly on the whim of creating a cycle path overnight. We spent time and resources to understand if there could be an alternative solution, we contacted experts, consulted regulations and legal texts but there was no other way to position the cycle path than this.

The creation of this cycle path is part of a larger and more complex project, of which we feel the need to reiterate the importance.

The territories of Gorizia, Nova Gorica and Šempeter-Vrtojba are inextricably linked to each other. They are urban places but surrounded by greenery and in a flat area that is the one embraced by the Isonzo. It is an area that is worth living calmly for a tourist or a visitor but also efficiently when it comes to everyday travel or for work. The EGTC, which possesses an indisputable knowledge of the area and has technical knowledge on its side and the ability to make use of specialists in the field of design, has decided to revive this area through the use of bicycles.

For the reasons explained above, the bicycle as a means of transport is perfectly suited to the characteristics of the Gorizia area: flat, beautiful, rich in nature and culture, history, and architecture. And the bicycle allows you to move in an optimal way for the most diverse reasons: tourism, leisure, physical activity but also work and daily errands.

It is therefore clear that the concept of traffic and confusion does not go well with the particularities of this territory. However, we liked to keep at least one of the concepts related to traffic: and this is how we wanted to create a sort of "bicycle ring road", which could connect Italy and Slovenia, through valuable elements, but also the main services to the citizen in the three municipalities.

For the realization we kept in mind certain themes that have always been close to our hearts:

The whole process was born to allow the territories of Gorizia, Nova Gorica and Šempeter-Vrtojba to become ever greener and more sustainable. The price to pay is the cutting down of two trees that would have made it impossible for cyclists to continue safely along the route. The alternatives were carefully evaluated with expert support; abruptly interrupt the cycle path, forcing cyclists to go down the street in a busy and dangerous point or by implementing an alternating two-way, which would have been extremely narrow even for a single bike, as well as being outside the law. We also verified the possibility of raising the cycle path, but it would not have been absolutely practicable both for legal reasons and for the health and safety of the trees.

This is because the creation of a cycle network, and of all the individual sections that compose it, involves a complex and articulated work, which must consider countless factors. Just to name a few: national and regional regulations, the new Traffic Laws, timing dictated by the funding program, care of the green, road safety, and finally sustainability.

The EGTC GO has always been committed to encouraging municipalities and administrations to act considering active mobility in the urban agenda. No later than yesterday we were present at Velo-city 2022, one of the largest global cycling summits, where we presented our projects to the general admiration of international participants. We are promoters of important sustainability-related projects such as Cyclewalk, which aims to support the transition from car use to cycling and walking over short distances, improving accessibility for pedestrians and cyclists, and we put all our efforts into creating a cross-border Bike Sharing system, of which the construction of this cycle network is only the beginning.

The price to pay to make the area more sustainable, to make it easier for everyone to use the bicycle, is the felling of these trees which would have made it impossible for cyclists to continue safely along the route.

It was therefore decided to remove them to safeguard the safety of users and the integrity of the 14 km network which, we trust, will compensate for the felling of these large elms. We want to demonstrate our seriousness of purpose by planting new trees in other areas of the city. We absolutely do not want to leave the world less green than we found it, on the contrary, we are doing everything possible with this project to make it more sustainable.

For these reasons we believe that the cycle path must be complete in all its parts, to allow its use in every point envisaged by the project.

We want to deliver work that is complete, functional and usable to citizens, but we do not want to leave you and future generations a city with two fewer trees, and it is for this reason that we are committed to replanting new trees to compensate for the necessary felling of these elms. 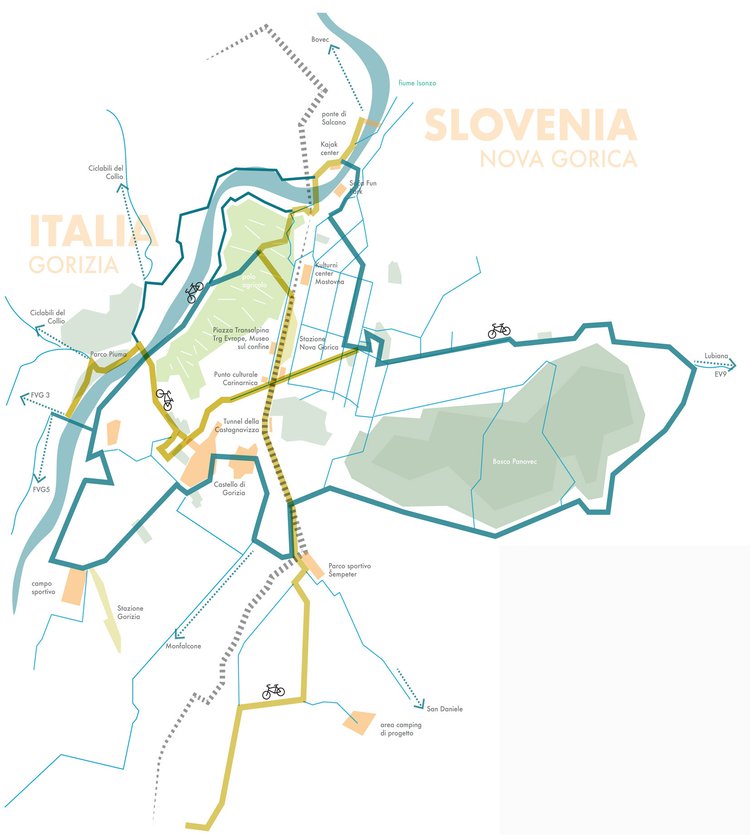