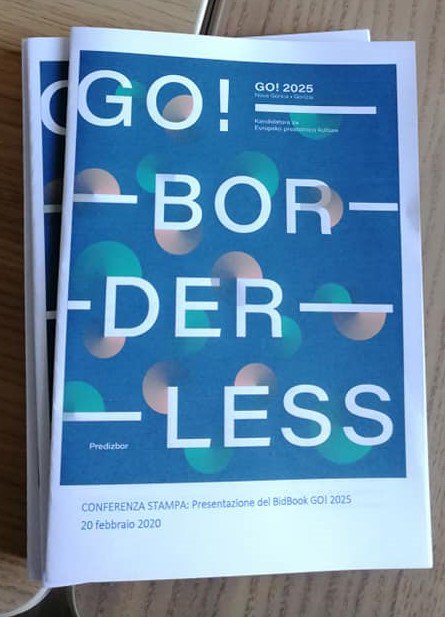 NOVA GORICA, 20th February 2020. Piazza Transalpina/Trg Evrope with its strategic position between the two cities is the epicenter of Nova Gorica's candidacy, in collaboration with Gorizia, as European Capital of Culture 2025 . For this reason, together with the Nova Gorica railway station, it was the symbolic venue for the press conference for the presentation of the contents of the application dossier, the so-called bid-book. The mayors of the two cities, Klemen Miklavič and Rodolfo Ziberna, the director of the European Grouping of territorial cooperation EGTC GO Ivan Curzolo, the artistic director of the candidacy, Neda Rusjan Bric and the coordinators, Vesna Humar and Lorenzo De Sabbata took the floor in this historical location.

Everyone agreed that the candidacy is a starter of a common path for the two cities, which will continue regardless of the success of the ECOC candidacy. The application program can foster further development of the cross-border region in the cultural, economic and social sectors. Winning the title of European Capital of Culture would make this goal even more achievable. 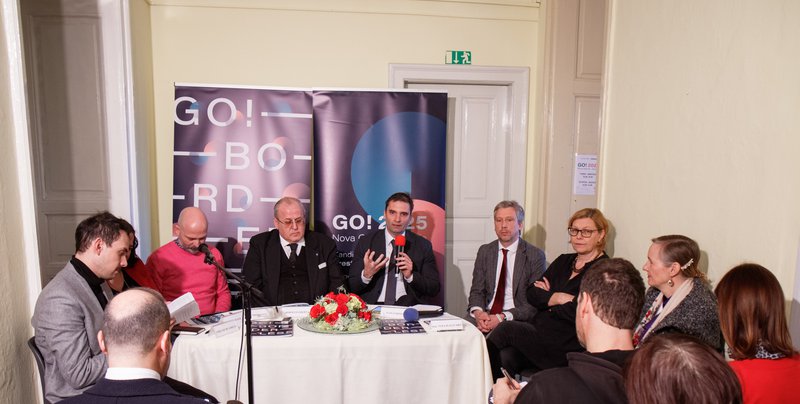 The application phase ended in December last year, when the bid-book, or cultural program, was sent to the Slovenian Ministry of Culture. The team that took care of drafting the application will present the contents of the program on Wednesday, 26th February, in Ljubljana, in front of a jury of international experts. The following day, February 27th, the members of the commission will publicly announce which of the six candidate cities will move on to the next round.

Although most of the work for defining the content has been carried out in the last year, the first ideas came up three years ago. During this period, the group activated the creative forces of both cities and the cross-border area. From the outset, the content was created in a cross-border spirit, looking at the needs of this territory, where there are still many challenges to face, but which can be overcame thanks to the candidacy and the title of European Capital of Culture. 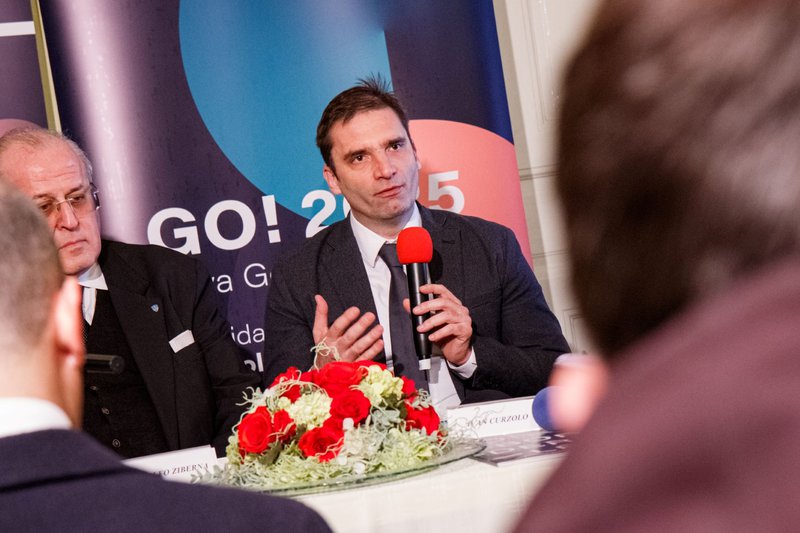 Klemen Miklavic, the mayor of the municipality of Nova Gorica: "The candidacy is important for both cities and for both countries. It' a European project that offers optimism and serves as an example of a new chapter of integration. It reflects the spirit of the times, the maturity of our territories and our cities, the spirit of doing something together, of becoming the capital that is based on cultural development. The common city will emerge rejuvenated and give new impetus to the development of the whole region. The candidacy is a sort of catalyst for the processes that have already started. Throughout history, we have faced novelties such as the replacement of the system, the entry into the European Union and into the Schengen area. All of these were important steps, but it took some time to recover from the wounds and be ready to undertake true integration. The path leading to the appointment as European Capital of Culture has meant the acceleration of processes and the collaboration of people on both sides of the border on concrete projects ". 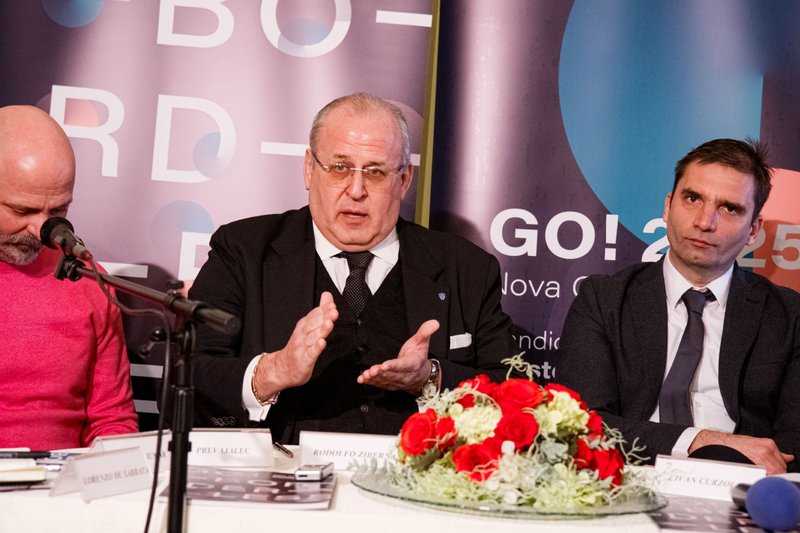 Rodolfo Ziberna, mayor of the municipality of Gorizia: "Culture is a detonator that allows us to create something much bigger. The message we give is that we want to create a new city. It isn’t about becoming the capital of culture or not, it’s something completely new on the European level. On a local level, for the first time, we are doing something that is of great importance for the whole Europe. We are creating a conurbation and establishing a model for the whole Europe. Now we think differently, we plan together. ECOC is an opportunity. The application process is important to create a new mentality and learn to work together ". 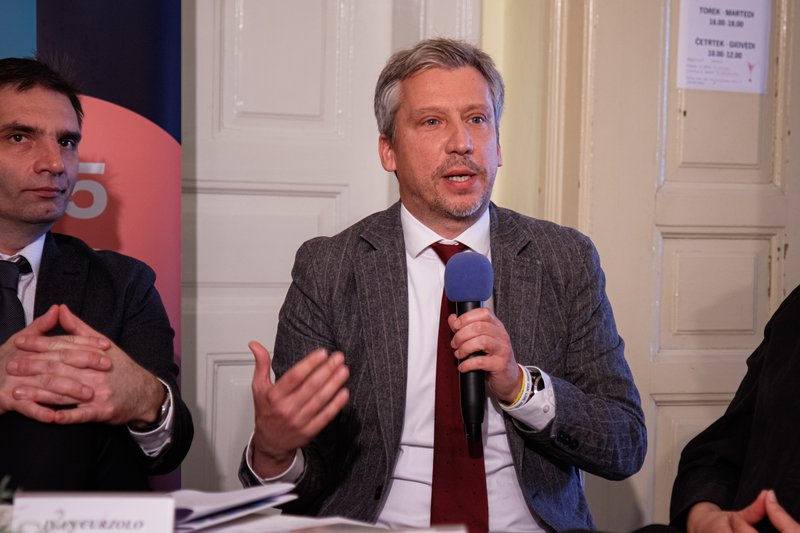 Ivan Curzolo, director of the EGTC GO: "The work carried out on the ECOC project is exceptional. The EGTC GO, which provides administrative assistance for the application, is a true laboratory for cross-border activities. We are ready to face all future challenges and provide all the support needed. "

Neda Rusjan Bric, head of the application: "The essence of our work lies in the fact that our story continues, in any case. Our vision is GO! BORDERLESS: not only cross-border, but also without limitations. The epicenter of the program is physically represented by Piazza Transalpina/Trg Evrope, which we would like to become the future common center of our cities, the starting point of all our activities that will extend to both cities and the whole region. This century was characterized by two world wars and events that have imposed a border on us since the Cold War. In the project we have set up a program of in-depth observation of the history from both sides, the Slovenian and the Italian, and its placement in a European-world context. This is vital for our future, because we have to analyse the interpretation of the same events, but from both angles. It is also a fight against "fake news", so that we can look at what has really happened to us. With that resolved, we can move on. The future is represented by 3 projects, called GO! Europe, GO! Share and GO! Green.

GO! Europe is a joint project of the area, which consolidates cooperation. GO! Share refers to communication, language and mutual understanding. Go! Green is a must for the future of all of us, because we need to think about a green future, our air, our food, our water. We have also included the project COME! Home, thanks to which we have invited to collaborate some of the most important artists in the sector who have developed their artistic careers around the world and who work outside our local sectors. These are e.g. Marko Peljhan, Tomi Janežič, Alexander Gadziev and others ". 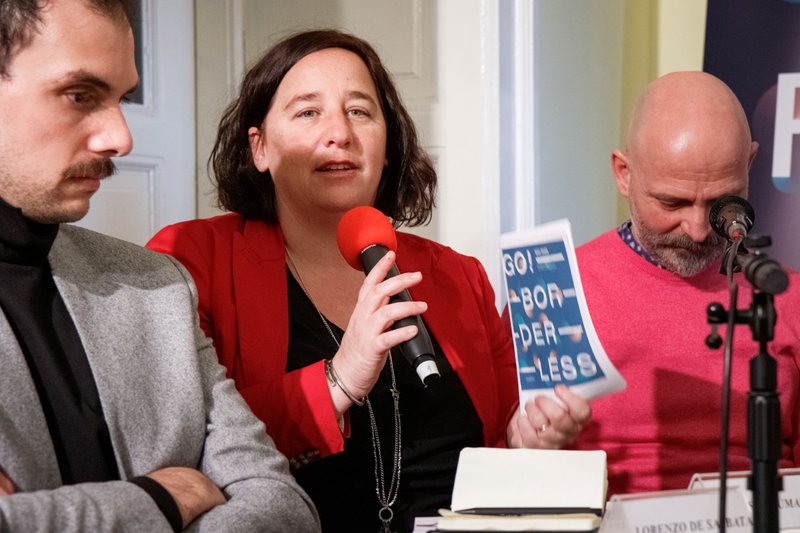 Vesna Humar, coordinator of the candidacy, expressed her satisfaction with the work done by the group and the content of the bid-book: "On behalf of the team I can say that we have prepared a quality text and that we are satisfied with it. Our advantage is that we have really worked together since the beginning. The working group is composed by representatives of the Slovenian and Italian parts, including representatives of the Slovenian minority in Italy, which is why it can be said that our candidacy is truly cross-border and Slovenian-Italian. Furthermore, the European Grouping of Territorial Cooperation EGTC GO allows us to finance the project from both sides of the border. Therefore, our application is not only cross-border on paper. In addition, we do not idealize the application by hiding the very serious problems that this territory is facing and that Europe itself is currently facing. We think that the European Capital of Culture is a cure for this evil. 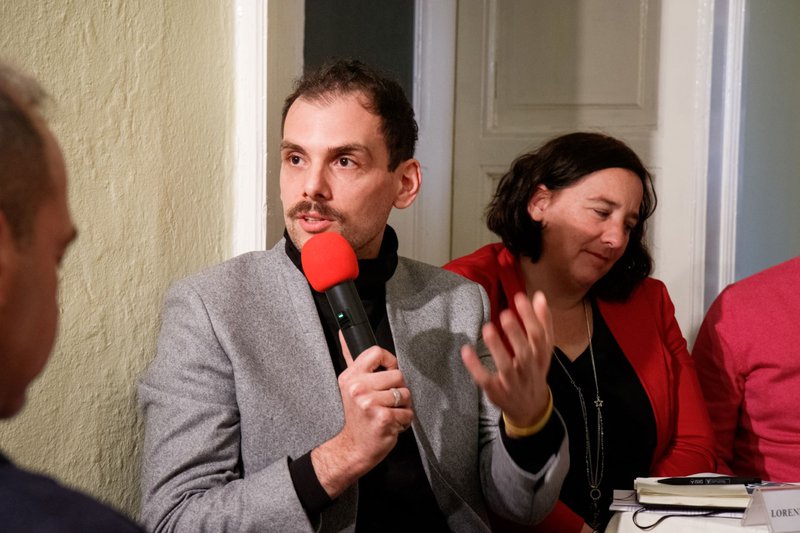 Lorenzo De Sabbata, member of the application task force, underlined the involvement of the residents of both cities in the content of the application book: "A hundred people actually worked on the presentation of this application and on the content of our application book. We initially looked for ideas for on-field projects. We gathered just over 250 project ideas from 150 people and associations. We invited them to various meetings, from thematic tables to cultural breakfasts, where we presented all the additional challenges and ideas. We also discussed with economic and social associations and opened a special application office at the Nova Gorica railway station, accessible to all. It also seemed to have been fundamental to have contacted young people in schools, trying to understand their cultural habits. We need to look for ways to prevent young people from moving elsewhere after school. " 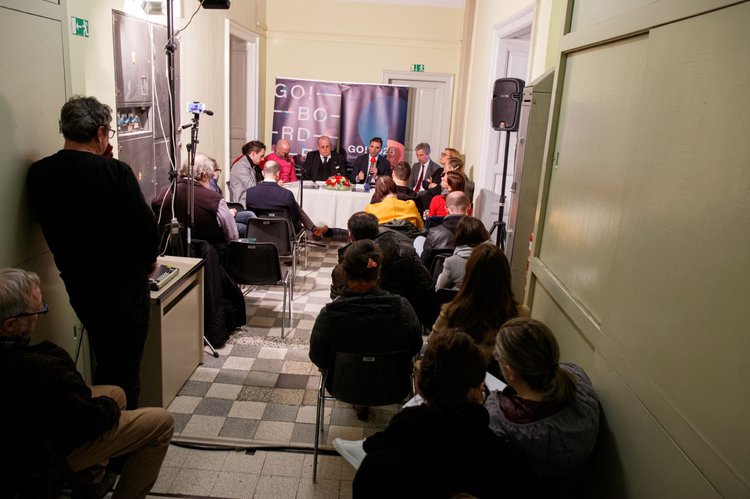 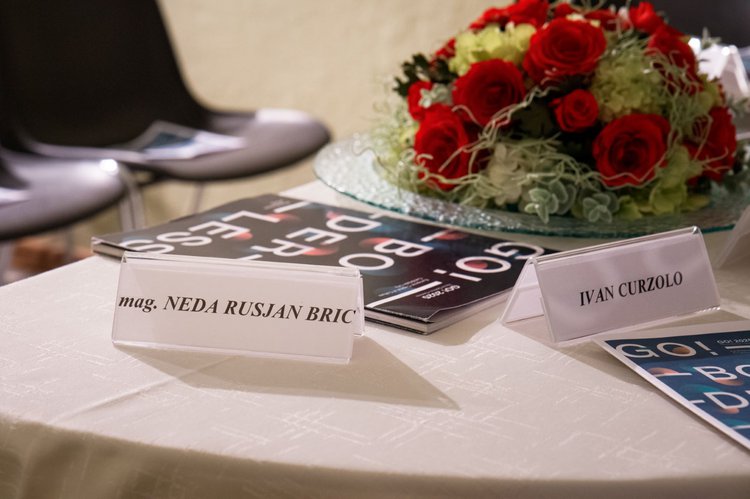 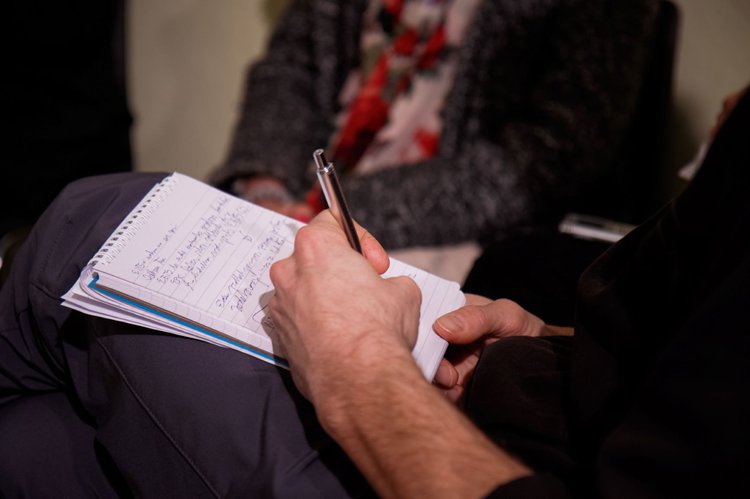 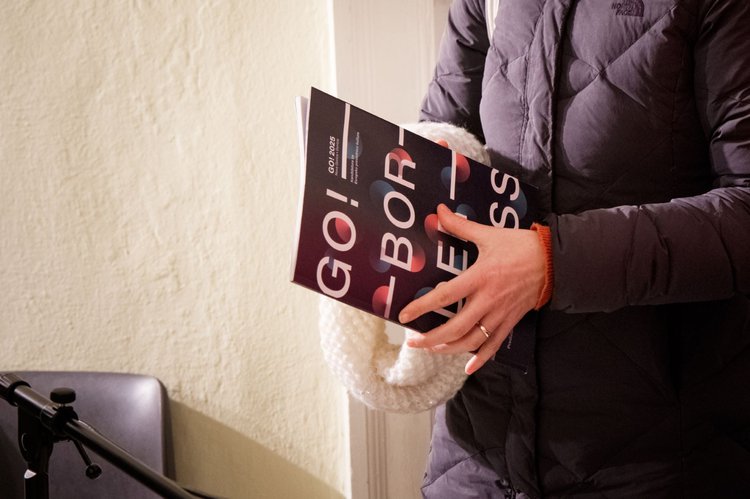