What is EGTC GO and how it operates 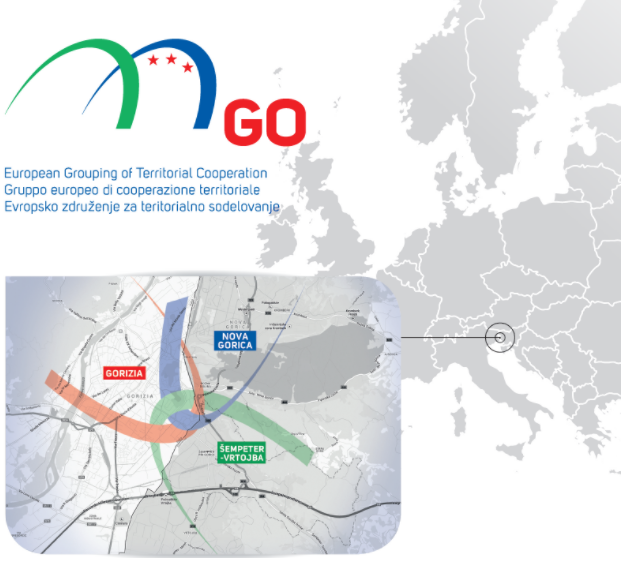 Despite many years of cooperation over the past 14 years of European cross-border programmes, the cities of Gorizia, Nova Gorica and Šempeter-Vrtojba struggled to achieve tangible results in building joint infrastructure, creating shared management systems for natural and cultural resources, since they had no tools and legal instruments to shape a common strategy for cross-border projects. Concrete results require, first and foremost, joint planning and joint execution of projects. The public authorities did not have a legal instrument that would allow them to overcome the administrative barriers between different member states up until the establishment of EGTC GO, the local European Grouping of Territorial Cooperation. The Municipality of Gorizia was only able to operate on its own territory and the municipalities of Nova Gorica and Šempeter-Vrtojba, likewise, were not allowed to act outside their administrative borders.

EGTC GO, an Italian public authority with legal personality, was founded in 2011 by the municipalities of Gorizia, Nova Gorica and Šempeter-Vrtojba in line with Regulation (EC) no. 1082/2006 of the European Parliament and of the Council, with the aim of pinpointing and tackling the shared challenges and to make the entire cross-border area more competitive and more attractive. EGTC GO is an entity having jurisdiction over the territory of the three cities: It may reach across the border and, for the first time, make plans and carry out actions for a single cross-border city, composed of three no longer separate municipalities, but a continuous territory with no divisions.

This opportunity was the reason for the three municipal administrations to decide to establish an EGTC, since they were convinced that only truly joint operations could have a tangible impact on their shared territory. An EGTC is currently the only legal instrument offering the following possibilities: 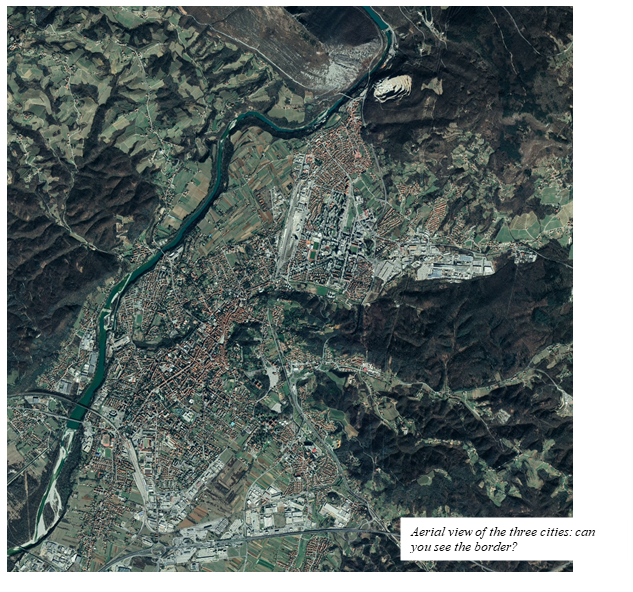 The government of the entire cross-border area has thus been re-imagined with the aim of creating a unique approach in Europe. The three cities are now considered a single settlement and referred to as a "conurbation".

Over a few years of meetings, meticulous analyses and discussions about the needs, the territorial strategy of EGTC GO has been structured into three main pillars:

Starting with these three pillars, EGTC GO began operating "in the field" in 2013 through a series of specialised committees (health, culture and education, energy, urban planning, sports, transports), whose aim was to find ways to streamline the resources within the thematic objectives of EU strategies.

The committees, acting as EGTC GO's think tanks, went on directly collecting the needs of the territory with a bottom-up approach. The findings where used to draw up a strategic document entitled "Summary of the Objectives, Actions and Draft Projects for EU Programming and for a Strategic Plan", which was approved be EGTC GO's Assembly on 11 November 2013 and is currently under review for the new programming period.

The Assembly of EGTC GO continues to determine the priorities for the development of the shared area on recommendations from the single specialised committees. Once the actions and the measures are approved, EGTC GO identifies the most suitable European funds, draws up and submits projects, which - once and if they are financed - it then carries out in line with national laws and the specific rules of EU programmes.

EGTC GO therefore needs to try to overcome the administrative and legal differences between Member States, since the projects financed from EU funds are carried out in Italy and in Slovenia. Some of the innovative solutions found by EGTC GO are even closely monitored by the European Commission as they might contribute to improving the cross-border cooperation between Member States.

There are currently more than 70 European Groupings of Territorial Cooperation in Europe. EGTC GO is singled out among the European EGTCs as a unique way of operating and thus attracting much interest from the EU institutions and other organisations. Representatives of EGTC GO are often invited to European events to tell their experience, since EGTC GO is still the first case in Europe where an Integrated Territorial Investment is being carried out on the basis of a joint strategy by a sole beneficiary. Thus, EGTC GO can directly carry out shared projects both in Slovenia and in Italy and can invest across the shared territory of the cities without the constraints of national and administrative borders, which continue to be binding upon the territories within the competence of the three founding municipalities.

When building infrastructure within EU projects, EGTC GO may choose to apply either the Slovenian or the Italian laws on public procurement. The municipal councils of Gorizia, Nova Gorica and Šempeter-Vrtojba have passed a resolution authorising the Assembly of EGTC GO to choose the applicable laws for each call for tenders. Said resolution was also the first to be approved by three municipal councils at a joint session--the first ever in the history of the three cities--and is the foundation for a shared approach to the urban planning of the joint territory.

The actions of EGTC GO are aimed at stimulating economic growth and improving the quality of life to all those living along the border between Slovenia and Italy. Border areas struggle with economic and social disadvantages caused by the border itself, which stymies investments and limits employment opportunities. Pooling together the excellences of the Italian and the Slovenian side, and then integrating the local services, it becomes much easier to efficiently react to the shared challenges and difficulties of the cross-border area. Consequently, public spending may be decreased, public services offered at lower prices and many resources freed up to be used for other purposes.